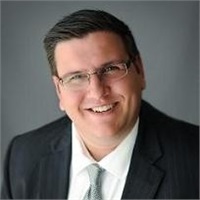 One of the founding partners of Chesapeake Wealth Concepts, Jeff has been in the financial services industry since 2005. After graduating from Goucher College, he spent time working in regional and national banks, before moving to MetLife in 2011 and starting Chesapeake Wealth Concepts in 2012. His extensive professional education and his knowledge of financial planning, both for individuals and closely held business owners, makes him an invaluable resource to all our clients.

Currently, Jeff resides in Bel Air, MD with his wife of 15 years, Courtney, his son, Reed, and their dog, Ash. In his spare time, he enjoys golfing with friends and clients, soccer, drinking craft beer, making his own whisky, live music and sports, cooking for a crowd, meditating, comic book movies / TV shows, and is an avid fan of all things Disney.

* The FIVE STAR Award is granted by Five Star Professional, an independent 3rd party marketing firm. This award is not indicative of future performance or success and stems from nominations by industry professionals in a given market area and based upon objective criteria including favorable regulatory and complaint history, reviews conducted by the firm, retention rates,and client assets administered.